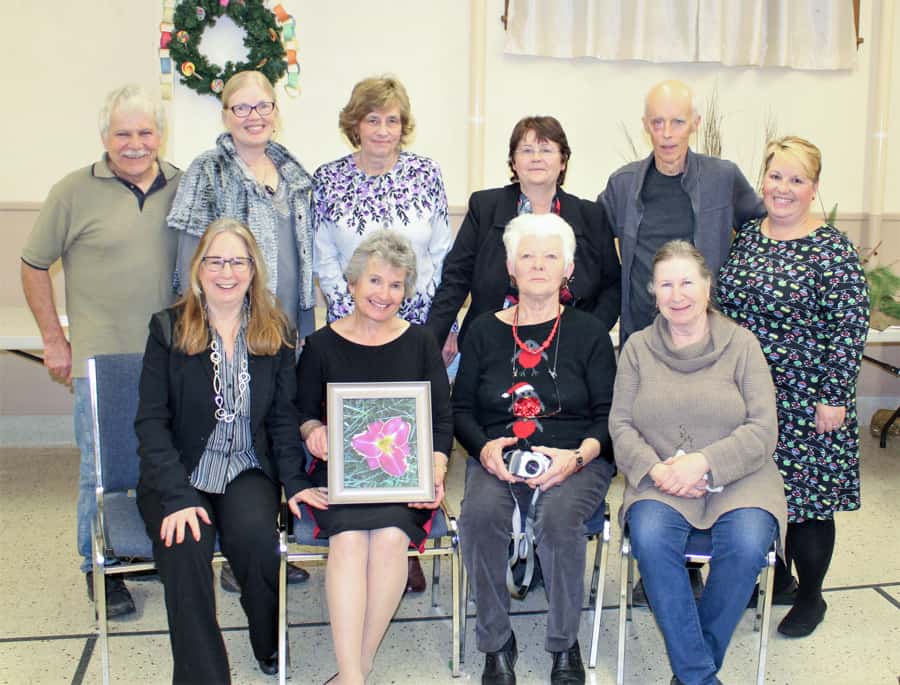 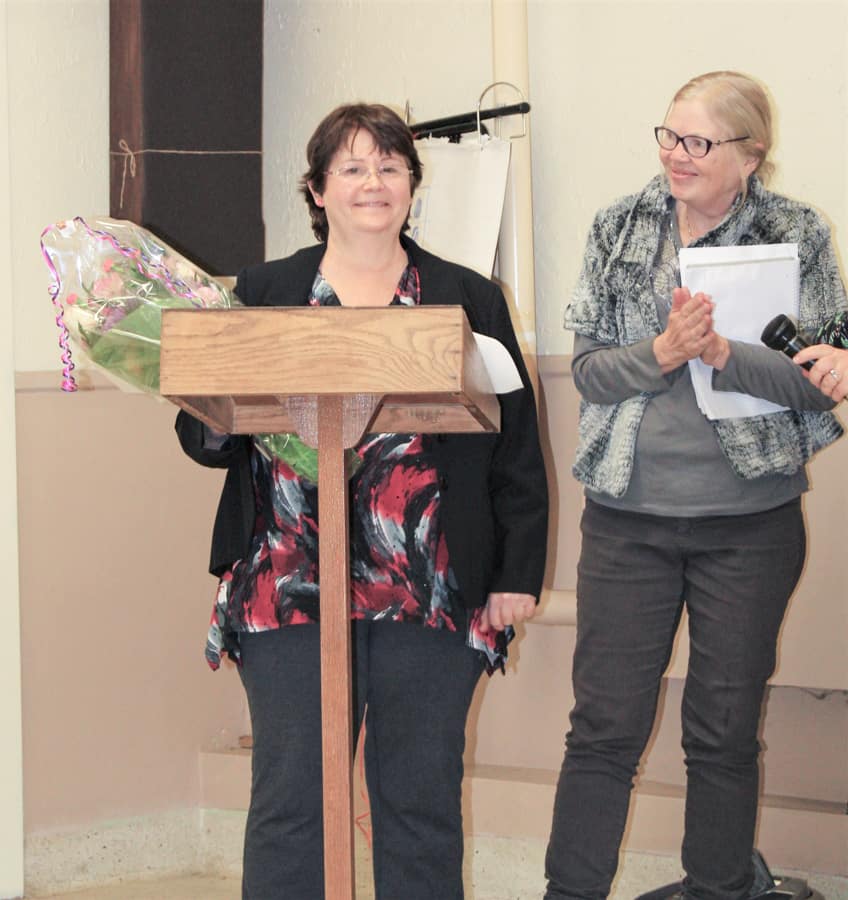 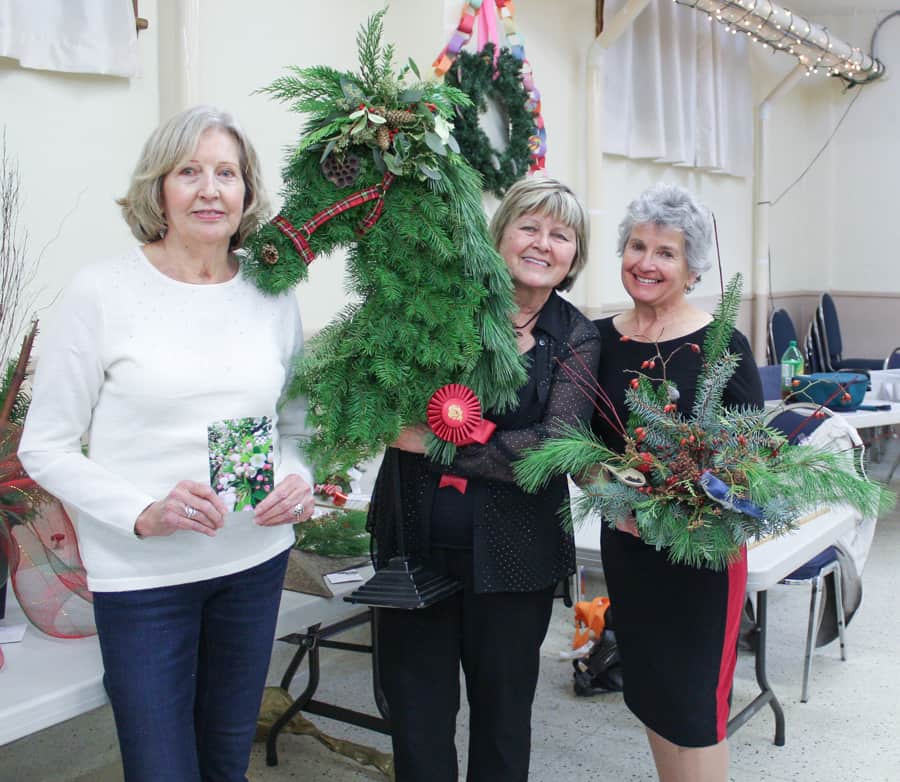 After nine years, Aimie Harris, the Orono Horticultural Society’s longest running president, has stepped down. For 2020 Harris has taken on the role of secretary.

The Orono Horticultural Society will be celebrating their 100th Anniversary in 2021. To commemorate this milestone, ‘We’re In the Hayfield Now Daylily Farm’, created a special flower, held by Shelley Etmanskie. The flower was named Orono’s Centennial Beauty and will be for sale at the Spring Flower Show in May for $20. Members submitted names and the selection was a combination of three submissions.

Pictured from (L) Anneke Plazek won Best in Show Photography, Liz Rankin-Reid won the Judges Choice award for her Home Adornment entry and Shelley Etmanskie won Best In Show for her entry in For the Birds.

Ann-Marie Harley and A Gift of Art

ON THE ELECTION TRAIL – Frank Vaughan, Peoples Party of Canada