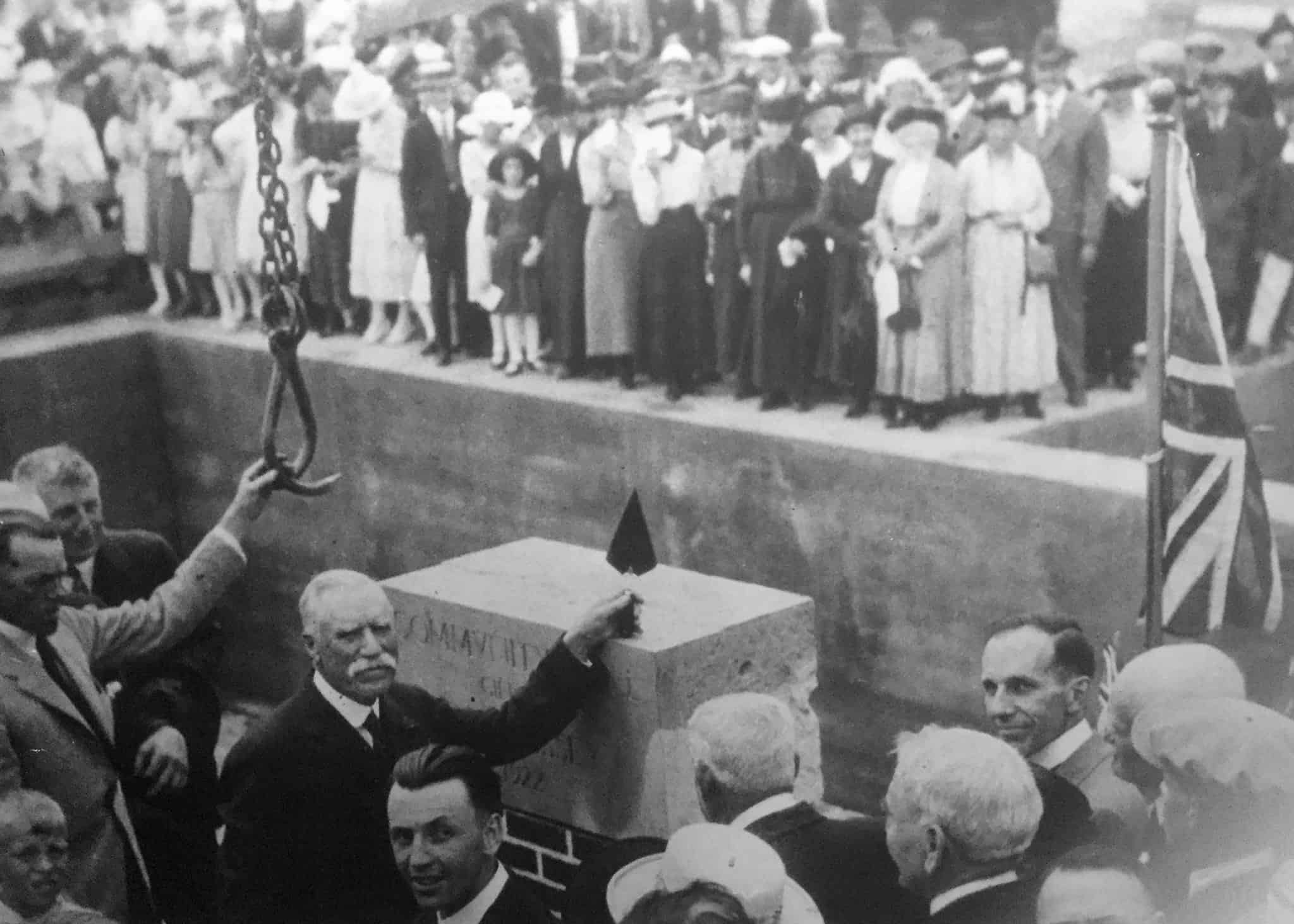 On July 1, 1922, there was a special ceremony and event to lay the Cornerstone for the Newcastle Community Hall. This Hall was donated by Chester Massey. On that day Chester’s friend, Thomas Montague, was given the honour of laying the stone. Also present was Chester’s son, Vincent Massey, who became the first Canadian born Governor General of Canada.

On July 1, 2022, the 100th Anniversary of the Newcastle Community Hall Committee will replicate the event at King & Mill with the ceremony to take place at 2:30 pm.
Photo shows Thomas Montague and Vincent Massey on right.