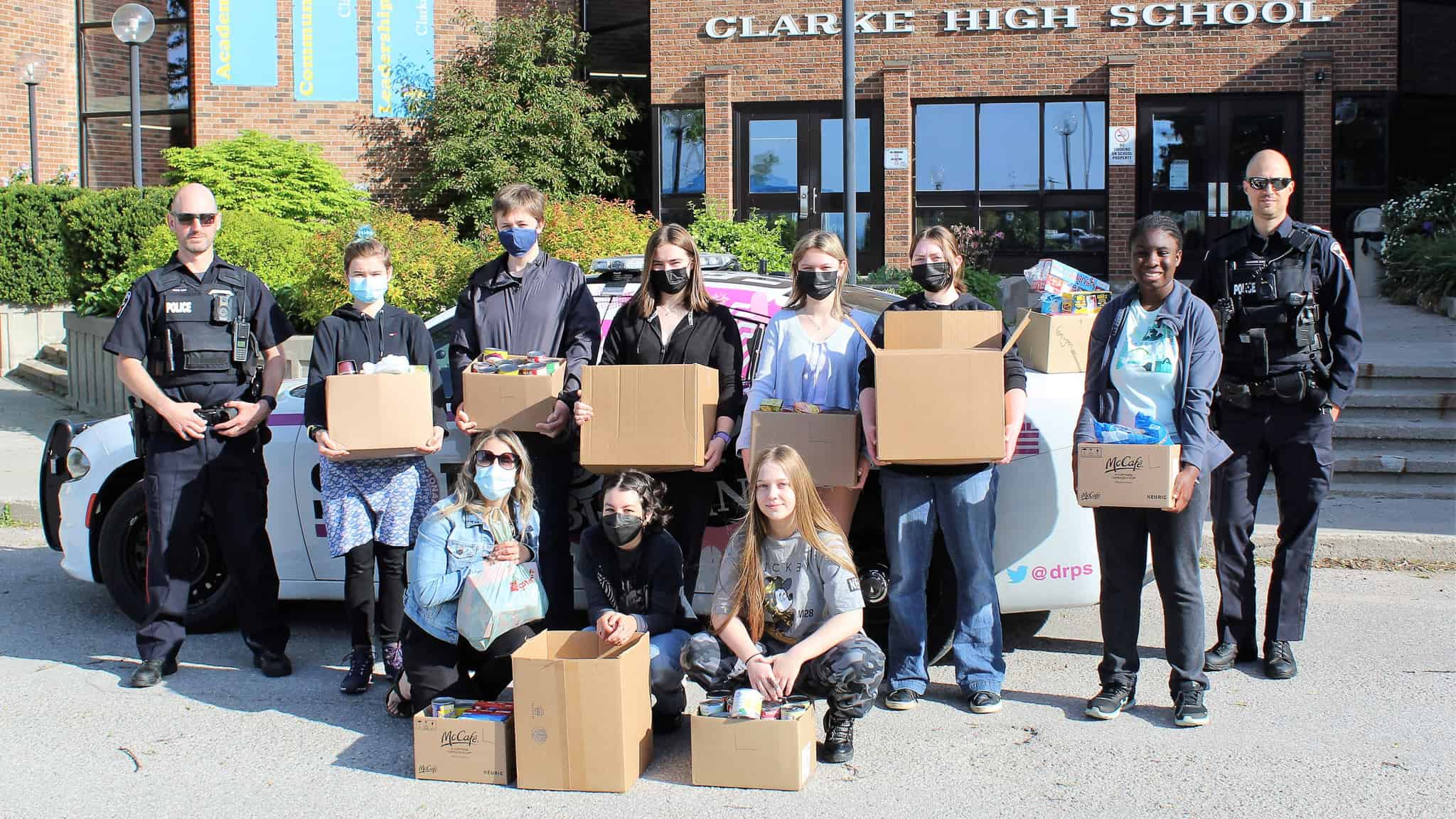 Clarke High School students representing grades 9-12, along with Sgt. Sigmann (l), PC Jones from DRPS and Amanda Langille Child and Youth Worker (left front) get ready to stuff the cruiser with food. The students rose to a challenge to Durham schools from ‘Feed the Need’, to collect food and hygiene items for those in the region experiencing food insecurity. Students stuffed the trunk and backseat of the cruiser with 225lbs of items. Student council Prime Minister Claire Stone was so pleased with the student response that she states, “we hope to do this again next year.” 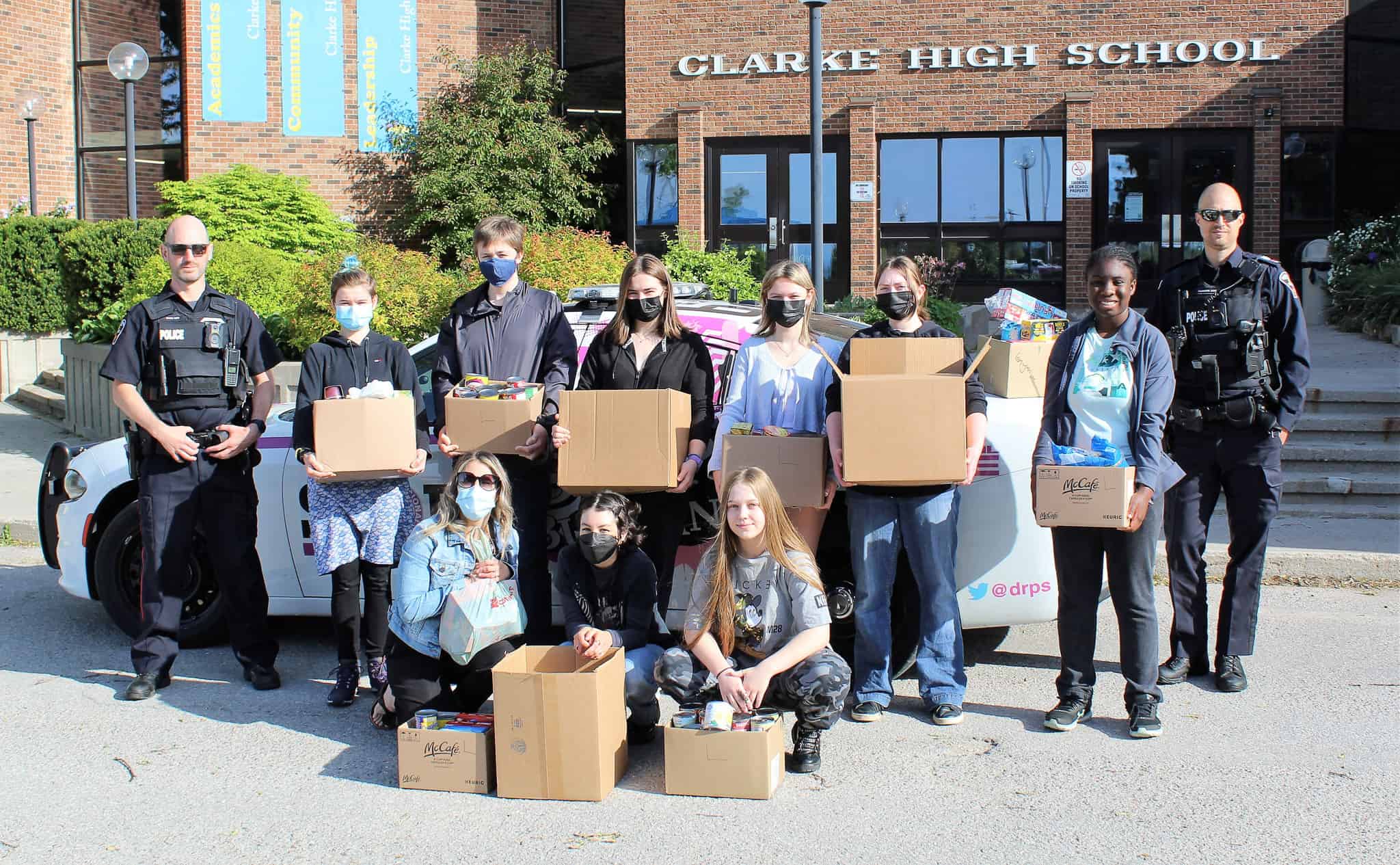 May 25 marked this year’s final day for Cram-A-Cruis-er, a charity event that joins schools in Durham; the Durham Regional Police Service (DRPS); and Feed the Need in Durham, an organization that battles food insecurity.

Elaine Dillon looks after the four gates leading into the Orono Fair. She is looking for volunteers to take on a shift or two. In addition to helping serve your community, Dillon says it’s fun and you meet a lot of great people.

No one ever forgets their first summer job. My youngest – who just finished his first year of university – online, has just landed his first ‘he got it himself’ summer job.

Technically it isn’t his first job. Last summer he worked for his dad and he has done stuff for me at the paper, but working for [with] your parents isn’t the same as being ‘out in the real world’. Do people still say that? Whether it began in high school or later, that first taste of making your own earned money is a memorable experience.

Remembering that first summer job can be cringe-worthy, as we remember how we tried maneuvering our way through an unfamiliar work environment while also being under the coaching of ‘scary bosses’. They were the first step to our movement into the world of employment. 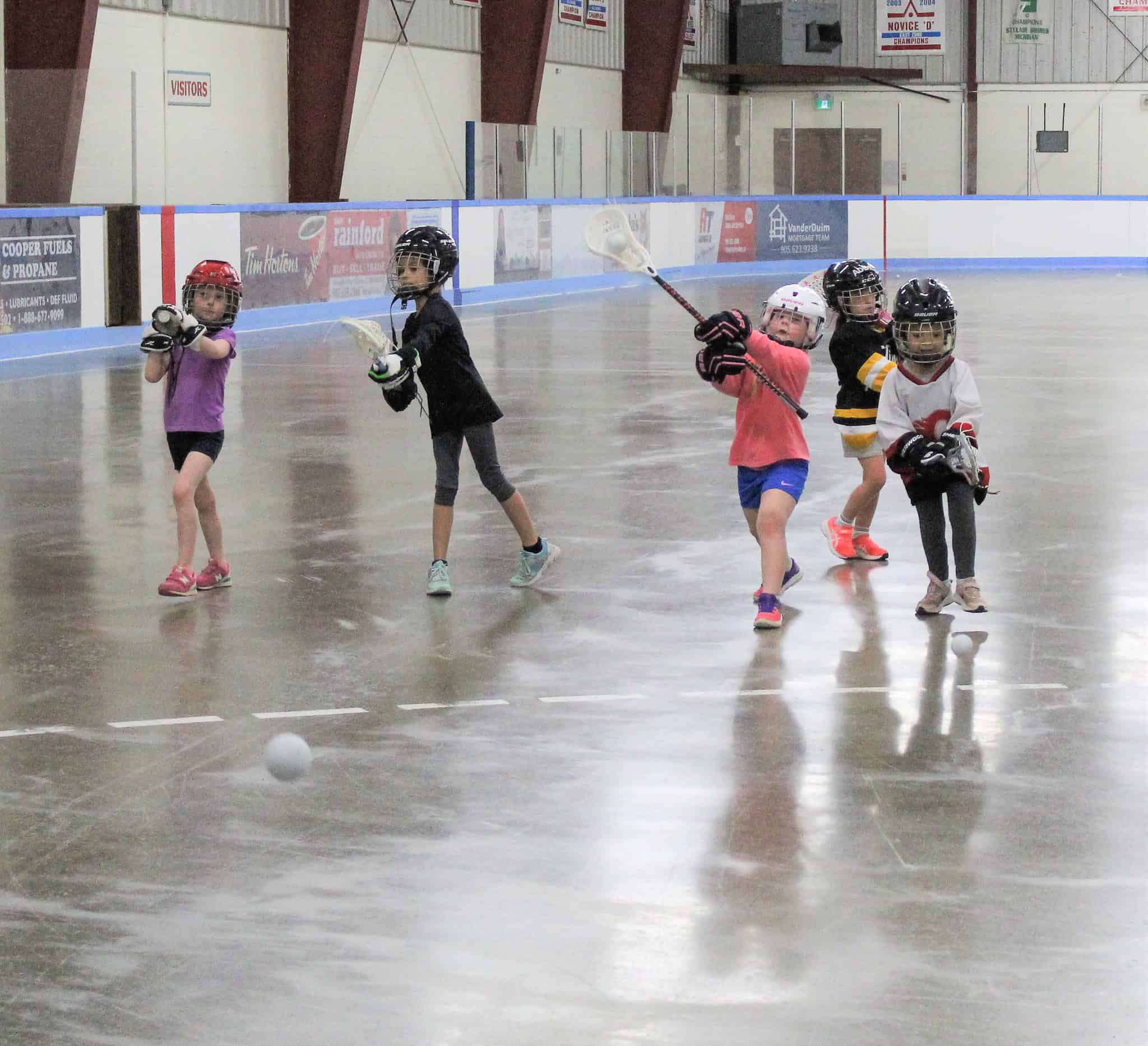 Clarington Gaels Minor Lacrosse is hosting a Girls Only, five-week Box Lacrosse Skills Development Program started at the Orono Arena. The first night the girls knocked two of the basic ball skills – cradling and shooting, out of the park. 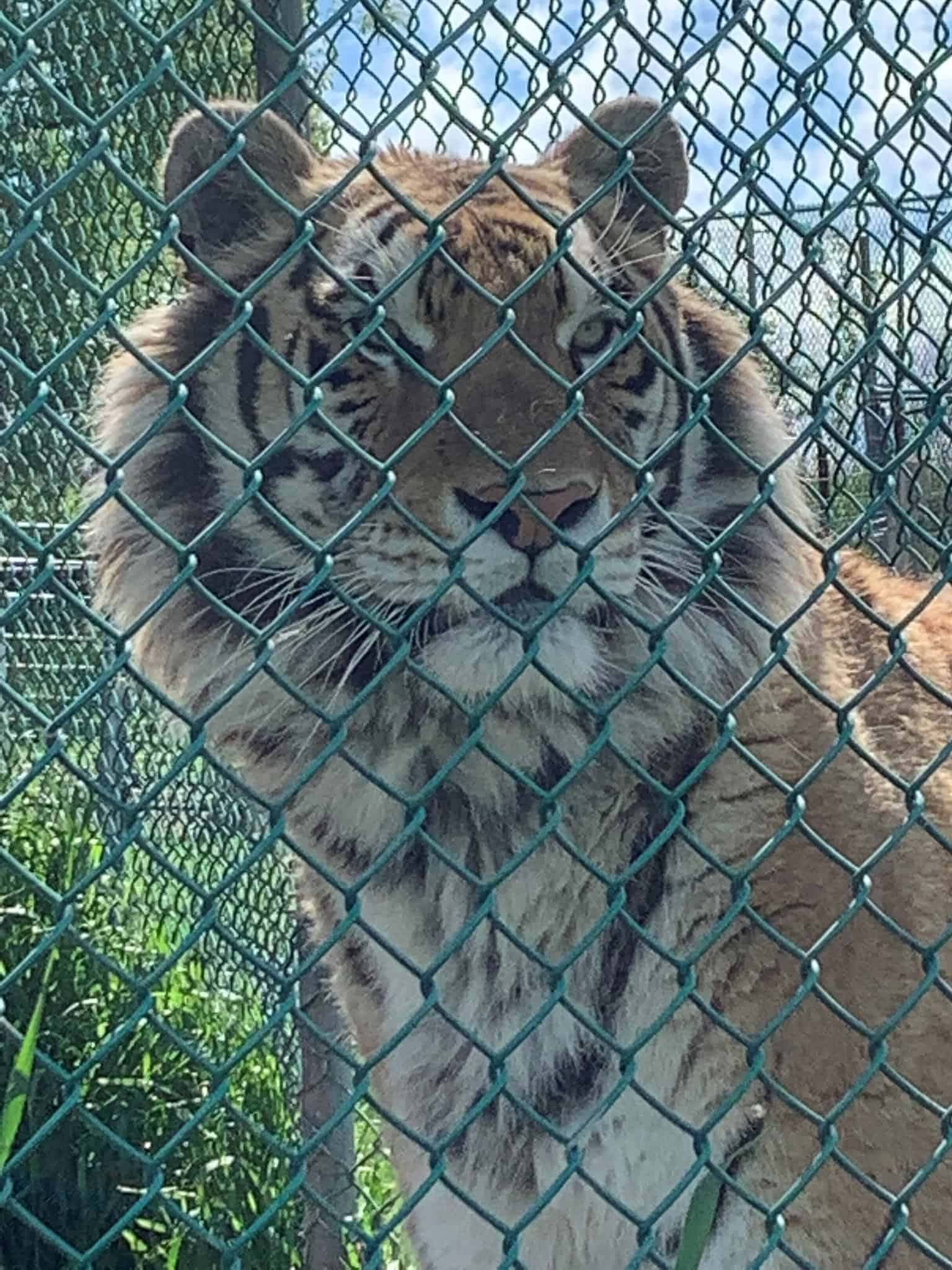 The big cats who reside at Jungle Cat World are most grateful to the area residents for their donation of over 10 big boxes of raw meat. One person’s loss is another person’s gain as they say. Christa Klose, owner of the popular attraction along with her husband says, “there was a short window of time when we could use it and that it would be fresh enough, it’s amazing that people thought of us.” 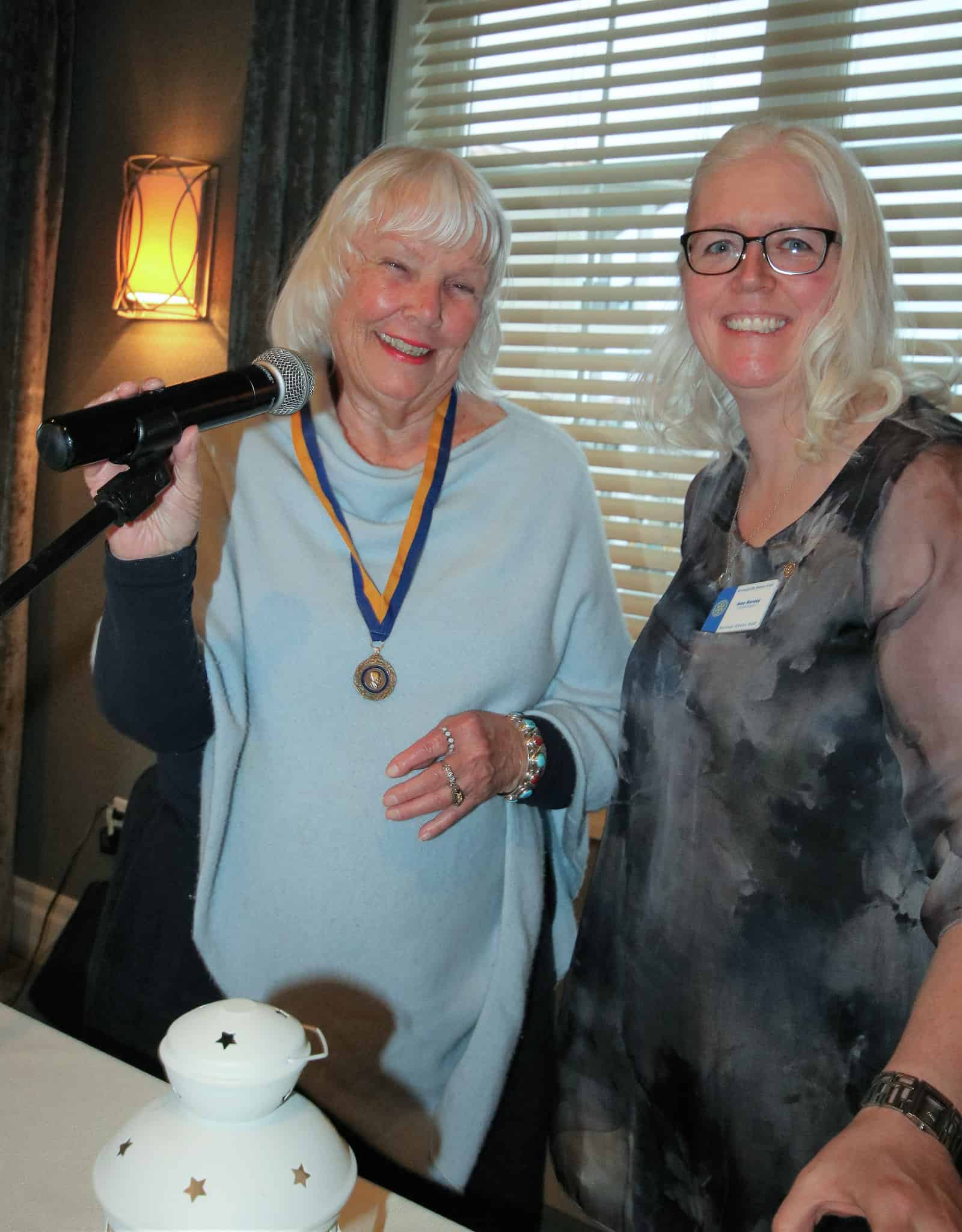 Last Wednesday night was one of celebration for Bowmanville Rotary as they gathered to present Paul Harris Fellowship Recognitions to six community members. 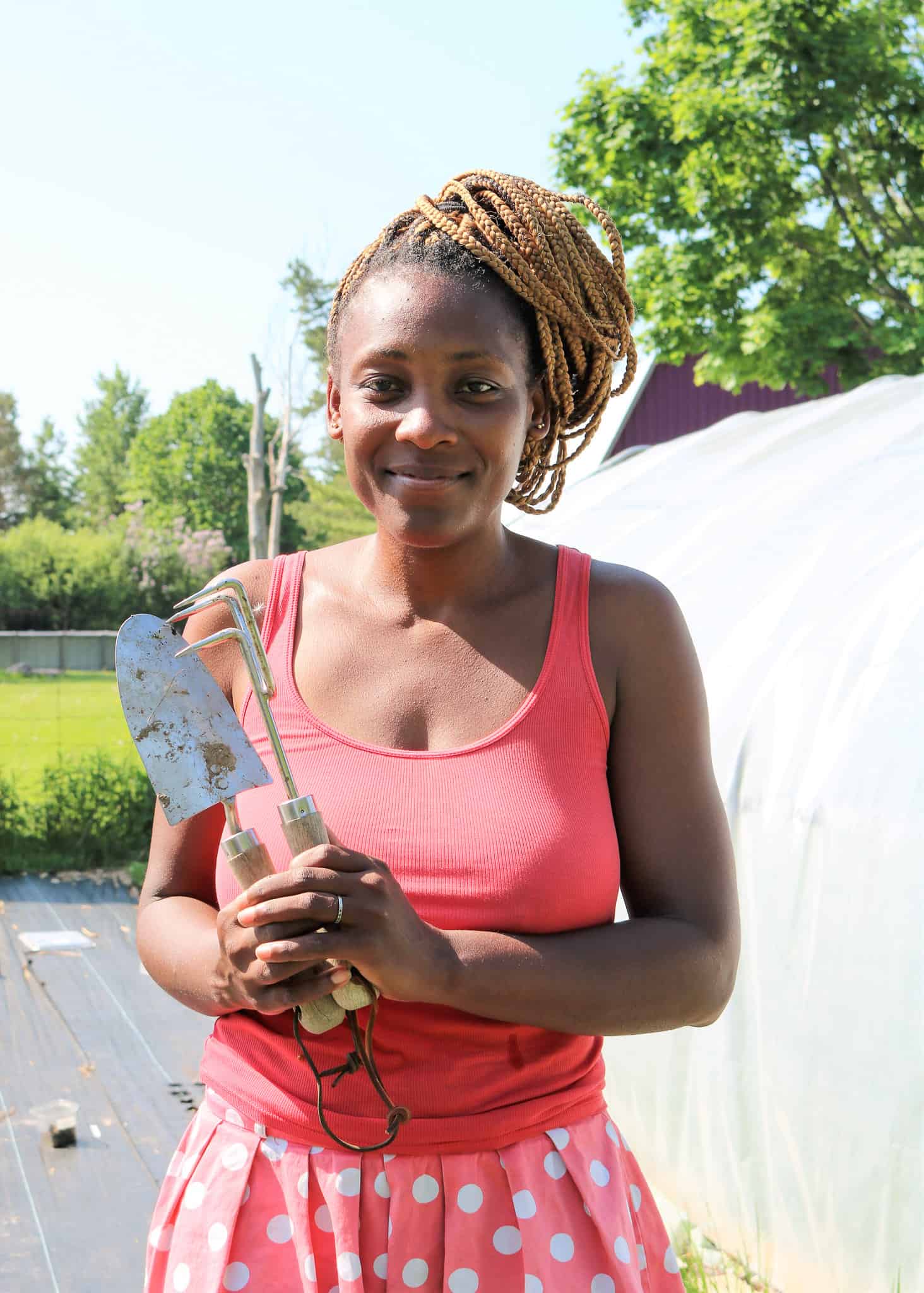 Most people enjoy a pretty flower garden, or a gift of flowers to display on our table. A gift of flowers is not just for apologies. They can brighten our day or let us know that friends are thinking of us. Some of us grow flowers as a hobby. It has been said that life is a flower.